(Snellville, Georgia)  Gwinnett County Police Department officers responded to a report of an argument between a man and a woman at the intersection of Stone Mountain Highway and Easy Street, unincorporated Snellville, at about 7:15am today.  The 911 caller advised the male suspect was armed with a handgun and had fired a shot, but it did not seem that anyone had been hit.  Patrol officers and members of the SWAT team responded, arriving at about 7:24am.

The male suspect, identified as Richard Travis Lott (W/M, 45 years old), barricaded himself inside the yellow garage pictured above and refused to come out.  Officers were able to determine the female half of the argument, identified as Amanda Middlebrooks (W/F, 40 years old), was also inside the garage.  Lott refused to come out and it was unknown if Middlebrooks was free to leave.  The full SWAT team was activated at about 8:32am.

Lott spoke to police by phone and ultimately spoke to negotiators.  He surrendered without incident at about 9:22am and was arrested.  SWAT officers located Middlebrooks inside the garage after Lott’s surrender.  Lott had several outstanding warrants from various jurisdictions and is a suspect in some property crimes in the area.  He is currently in custody with GCPD detectives; no new charges have been filed at this time.

Officers determined that Middlebrooks was free to leave during the incident and had not been held hostage.  Middlebrooks also had outstanding warrants and was placed under arrest.  She is also in custody of GCPD detectives and has not been charged with additional crimes at this time. 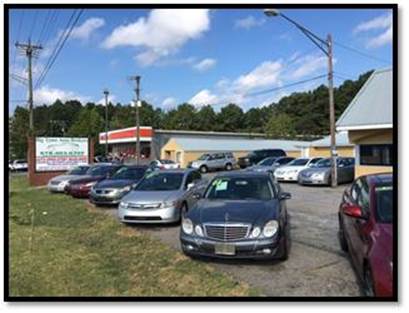