Update, 09/10/19:The suspect has been identified as Christopher Dale Bruner (36) of Winder.  He was taken into custody today and booked into the Gwinnett County Detention Center.   He is charged with Felony Hit and Run and Serious Injury by Vehicle.

Original, 09/09/19:(Dacula, Georgia) Gwinnett Accident Investigators need the public’s help in identifying a suspect connected to a hit and run collision that resulted in serious injuries.  On September 4 the victim parked next to the air pump at the BP gas station located at 352 Harbins Road in Dacula.  She went to the passenger side to put air in her tires.  The suspect was seen inside the gas station shortly before 8:00 p.m.  He is seen using the ATM and shopping for various items.  The suspect walks out of the store but does not immediately leave.  He is seen talking to an unknown black male at approximately 8:12 p.m.  Once the suspect decides to leave, he backs out of the parking space, stops momentarily, and then continues in reverse at a high rate of speed.  He strikes the victim’s vehicle causing damage to it and serious injury to her.  The suspect then quickly left the scene and headed north on Harbins Road.  The suspect never called police and did not return to the scene.

The suspect is described as a heavy-set white male, appearing in his 20’s, wearing a black and white hat, gray Georgia Bulldogs t-shirt, black shorts, and New Balance tennis shoes.  The suspect vehicle is described as a silver Ford SUV with a Georgia “G” sticker in the lower right corner of the rear window.

If anyone has any information to share in this case, please contact the investigator at 678-442-5626.  To remain anonymous, tipsters should contact Crime Stoppers at 404-577-TIPS (8477) or visit www.stopcrimeATL.com.  Crime Stoppers tipsters can receive a cash reward for information leading to an arrest and indictment in this case.  Case Number:  19-081646 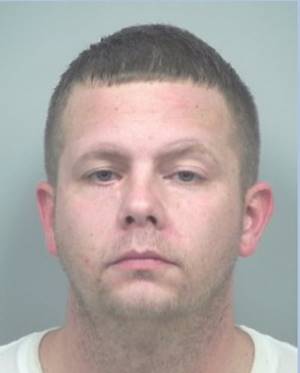