(Lawrenceville, Ga., September 23, 2019) – The Gwinnett County Department of Fire and Emergency Services combined a promotional ceremony with the graduation of new firefighter-paramedic recruits from Class 2018-2 on September 19, 2019. It was a ceremony rich in fire service tradition with a prestigious badge pinning taking place. Families and loved ones took pictures as new leaders were recognized and new members of the fire family were welcomed.

The new promotions included ten Driver Engineers, five Lieutenants, two Captains, one Battalion Chief and one Assistant Chief. Service was a theme that resonated throughout the ceremony starting with the invocation which spoke of having a “servant’s heart.” Fire Chief Russell Knick was joined by Gwinnett County Commission Chairman Charlotte J. Nash, District 2 Commissioner Ben Ku, County Administrator Glenn Stephens and members of the department’s Command Staff, in congratulating everyone for their many accomplishments. All fire personnel were encouraged to continue to provide an excellent level of service just as the retirees before them had set the standard.

Below is a list of personnel that were promoted. Some have already been in the position for a period of time and were officially recognized during the ceremony. 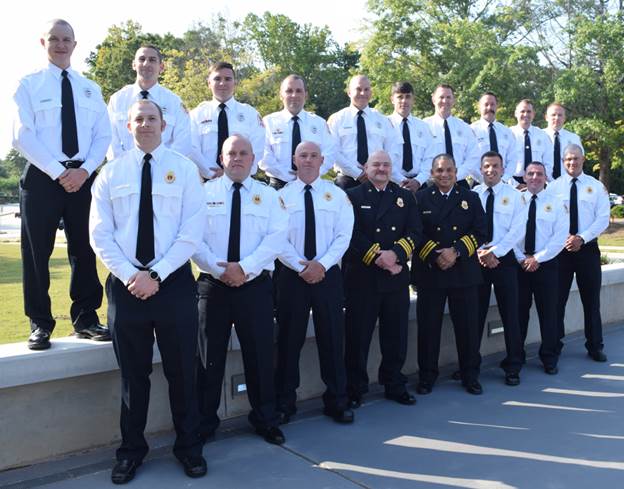 It was with a tremendous amount of pride and joy that the department celebrated the recent graduation of 23 new recruits. After almost a year and a half of demanding training that included basic firefighting skills, classroom instruction, and medical clinical rotations at various hospitals and on numerous ambulances, the recruits were recognized for becoming certified Firefighter/Paramedics. Additionally, there were four veteran firefighters who successfully completed the paramedic training program in order to enhance their skills. Several class awards and recognitions were given out to include: Academic Award to Devan Estevez, Physical Fitness Award to Devin Van Wert, Paramedic Star of Life Award to Devan Estevez, Core Values Award to Jared Kimbrough and Top Rung Award to Kristopher Simmons. 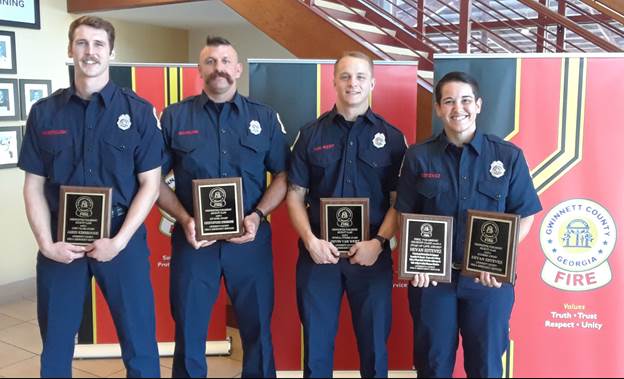