(Lawrenceville, Ga., June 16, 2019) – Firefighters responded on Sunday, June 16, 2019 at 6:47pm to a report of a vehicle that crashed through a wall at Sugarloaf Mills Mall, 5900 Sugarloaf Parkway, NW in unincorporated Lawrenceville. Crews arrived to find a sedan that went half way into the building near the Books-A-Million.  The vehicle reportedly jumped the curb and impacted a veneer wall adjacent to a service door and storage area at the corner of the building. The driver of the vehicle was not hurt and was talking with police at the scene. According to the fire department’s Technical Rescue Team, there were no loadbearing walls affected and no structural integrity issues. There were no injuries reported inside the busy mall, which was open at the time of the incident. The vehicle was removed from the building at 7:26pm and the scene was turned over to Gwinnett County Police for accident report handling. 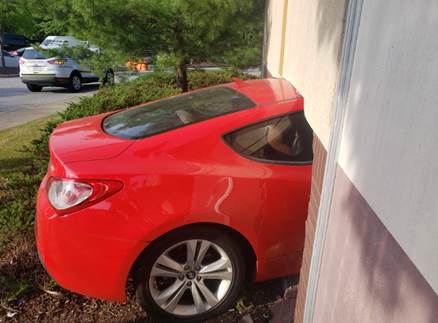