Update #3: Detectives are releasing photos of the victim just prior to his death in hopes that someone recognizes him and can provide more information on this case.  These photos were taken at a convenience store prior to the murder. 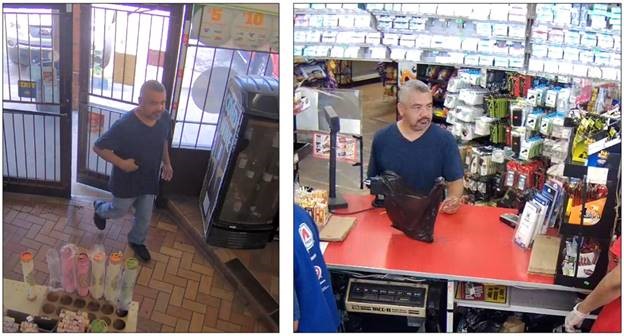 Update #2:  Investigators in this case have identified the victim as Raul Zapata-Garcia (47 year old male from Duluth).  At this time detectives are working to find more information on this case.  They are urging anyone who may have information about Zapata-Garcia to come forward.  Witnesses and tipsters can contact the police department directly or remain anonymous by contacting crime stoppers at the phone number listed below.

Update #1: This case has been determined to be a homicide.  Investigators believe that the person located in the woods was shot at least one time.  They are still trying to confirm the identity of the deceased person.

(Duluth, Georgia)  The Gwinnett County Police Department is currently investigating the discovery of a burned body in Duluth.  A male called 911 after locating the body around 11:30AM on a wooded trail near the intersection of Satellite Boulevard and West Liddell Road.

When officers arrived on scene, they discovered the burned body and immediately contacted homicide investigators.  At this time, it has not been determined whether this is a homicide, suicide, or accidental death.

Arson investigators and the medical examiner’s office have been requested and are assisting in processing the scene.  The identity of the deceased person will be withheld until the next of kin is notified.

If anyone has any information to share in this case, please contact GCPD detectives at 770-513-5300.  To remain anonymous, tipsters should contact Crime Stoppers at 404-577-TIPS (8477) or visit www.stopcrimeATL.com.  Crime Stoppers tipsters can receive a cash reward for information leading to an arrest and indictment in this case.  Case Number:  20-053547 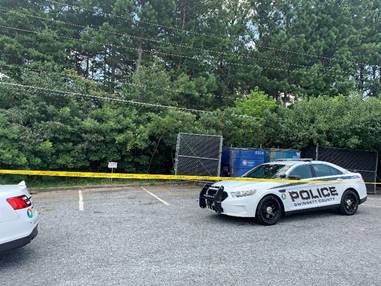