Gwinnett County Police Department officers responded to a “person down” call at 4305 Paxton Lane, unincorporated Lilburn, on July 24, 2018 at 3:30pm.  The caller, Devin Moon (B/F, 29 years old), reported that her daughter, Reygan Moon, was unresponsive and cold to touch.  Reygan Moon was determined to be deceased at the scene.  She was 2 years and 11 months old.

Detectives interviewed Devin Moon, who reported that Reygan was born with medical issues which prevented Reygan from gaining weight.  Devin Moon was not charged at the time and detectives continued their investigation.

The investigation revealed that Devin left her daughter home alone most nights while she went to work.  Devin had previously been reported to DFCS by her family, who were concerned for Reygan’s well-being.  Devin cut off contact with her family members as a result.  They had not seen Reygan in about a year.

An autopsy was performed on July 25, 2018 and the cause of death was determined to be neglect (malnutrition).  No other medical issues were discovered which would have led to Reygan’s death.  Her weight at the time of her death was 14 lbs.

Detectives obtained warrants for cruelty to children in the first degree and felony murder.  Devin Moon was arrested and remains in custody at the Gwinnett County Detention Center without bond. 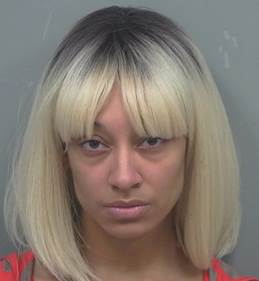