(Lawrenceville, Ga., February 17, 2021) – Gwinnett Police has received an increase in reports of street racing and reckless driving over the last several months.  These activities pose an increased risk to drivers and commuters on Gwinnett roadways.  Over the next several months Gwinnett Police will be proactively addressing illegal street racing and reckless driving conducted on roadways and in parking lots.  Uniform patrol, the DUI unit, the Aviation unit, and Community Response Teams will utilize technology to identify drivers that flee from officers and cause further risk to motorists and the community.  Gwinnett Police wants to maintain a safer community and reduce the risk of accidents by addressing the driving behaviors that pose a danger to other motorists.  In addition to racing, officers will be identifying vehicles with equipment violations or illegal aftermarket modifications and address them with education or removal from the roadway.  It is the goal of the Gwinnett Police Department to make sure the roads are safe for the community to reach their intended destination and prevent traffic serious accidents. 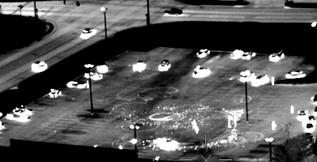