(Buford, Georgia)  Just after 4:15 PM, the Gwinnett County Police Department responded to a vehicle accident at the intersection of Peachtree Industrial Boulevard and Shadburn Ferry Road.  When officers arrived, they were informed by several witnesses that a male suspect who was involved in the traffic accident got out of a car with what was described as an AK-style rifle.

While officers were continuing to arrive to the accident, they were alerted to gunshots nearby.  Officers located a vehicle leaving the area that had been carjacked by the suspect from the original vehicle accident.  Officers attempted to stop that vehicle and followed it into Shoal Creek Park.

The carjacked vehicle drove through the park and the suspect drove the car into the lake.  Once he drove into the lake, the male began firing at police officers from the area of the sinking vehicle.  A police vehicle was struck several times by the suspect’s rounds.  Officers returned fire at the suspect after they were fired upon.

The Hall County Sheriff’s Office Dive Team responded and located a body in the area of the near vehicle.  The GBI has been contacted in reference to the officer involved shooting and will handle that investigation when they arrive.  No officers were injured during the incident.  The people involved in the original vehicle accident suffered minor injuries.  The victim from the carjacking has been located unharmed. 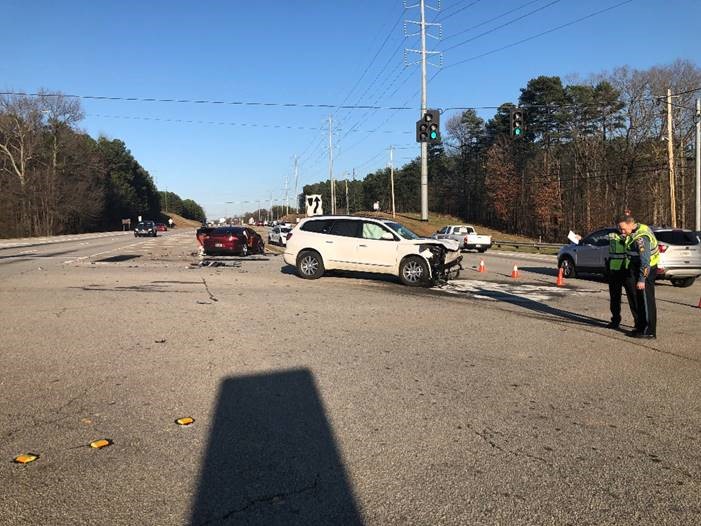