At around 4am, officers assigned to the South Precinct were requested to assist the Snellville Police Department in reference to an individual who had exchanged gunfire with their patrol officers.  The incident took place on Temple Johnson Road near Pate Road.

The South Precinct Officers assisted the Snellville PD officers in surrounding the suspect’s vehicle.  The suspect (name unknown) was armed and barricaded inside his passenger car in the wood line off Temple Johnson Road. The SWAT Team was activated.

While the SWAT Team was surrounding the suspect’s car, he (the suspect) pointed his firearm outside his windshield at the officers.  One of the officers on the SWAT Team fired one round at the suspect.  Following the discharge, the suspect still continued to move around inside his car.  At one point, he moved to the back seat.

Officers utilized a SWAT vehicle to get closer.  Once closer, they saw that the suspect was suffering from visible injuries.  The officers approached the suspect and called for an ambulance.  According to GCFD, the suspect was deceased.

At this time, it is not clear which officer’s rounds caused the suspect’s fatal injury.  Per protocol, the Georgia Bureau of Investigation has been called in to lead this investigation.

The name of the suspect is not known at this time.  No officers were injured in this incident. 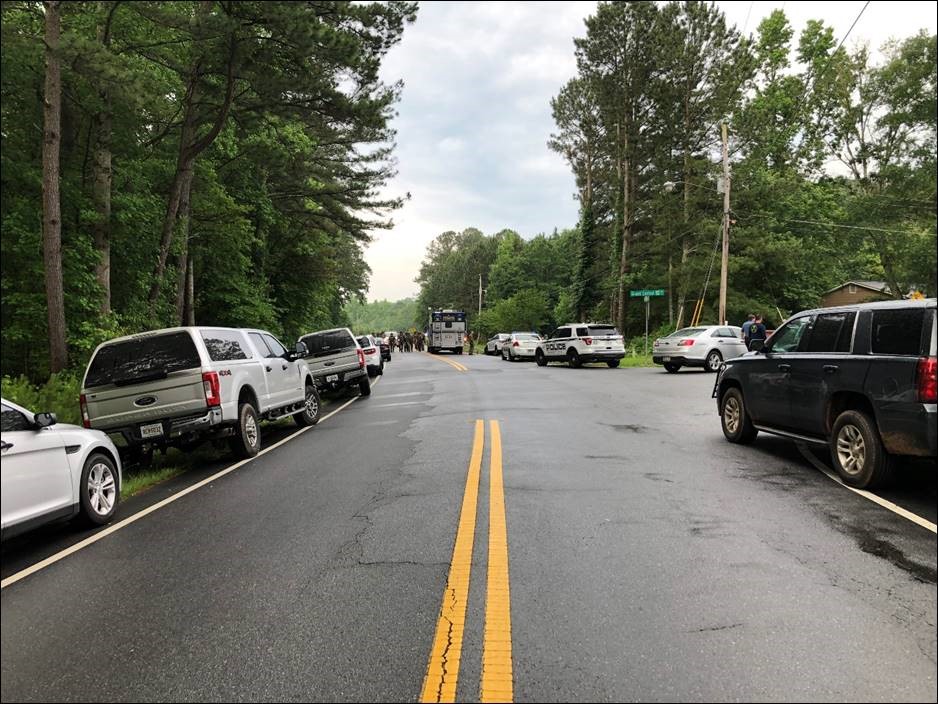