(Lawrenceville, GA) Gwinnett Police detectives are trying to identify two suspects who attacked a man in a Waffle House in unincorporated Snellville.  On September 22, 2019, at about 1:30 am, the victim entered the Waffle House and placed a to-go order at the counter.  While waiting in line, the victim accidentally bumped one of the suspects, a black male, about 5’10” tall and 220 lbs.  The suspect became aggressive and told the victim to meet him outside.  The suspect then left the building and can be seen on security video waiting for the victim just outside the door.  The victim collected his order and was walking out of the restaurant when he was attacked by the first suspect.  As the two fought a second suspect joined in attacking the victim.  The second suspect was a black male, about 6’03” tall and 300 lbs.

After the fight, which was recorded on security camera and a bystander’s cellphone, the suspects fled the scene in a black Dodge Challenger.  The victim’s injuries were treated by EMS personnel at the scene. 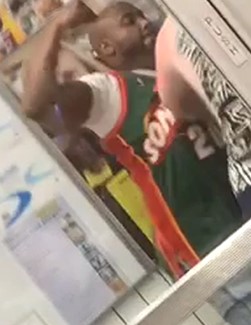 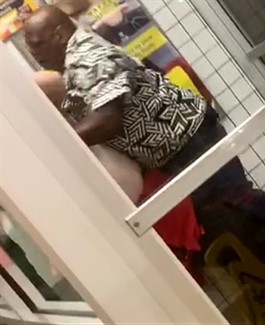