(Stone Mountain, Georgia)  On Thursday, February 21, shortly after 11:00pm Gwinnett Police responded to a collision with injuries on Stone Mountain Highway west of East Park Place Boulevard in unincorporated Stone Mountain.  Officers arrived within two minutes of the call being dispatched and found two vehicles, a black Toyota Avalon and a gray Lexus passenger car, had collided in the westbound lanes of Stone Mountain Highway.  The driver of each vehicle was transported to an area hospital with non-life threatening injuries.  The passenger in the Toyota Avalon died on scene as a result of the injuries he sustained.  The Accident Investigation Unit was called to take over the investigation.

Their preliminary investigation revealed that the Toyota Avalon was traveling east on Stone Mountain Highway.  The driver, identified as Joshua Chi (20) from Lawrenceville, changed lanes to his right and passed a row of cars.  When he changed lanes back to his left, he lost control and crossed over the median into the westbound lanes.  He collided with the gray Lexus.  Joshua’s passenger, identified as Ethan Wootton (19) of Lawrenceville, died on scene as a result of the injuries he sustained during the collision.  Alcohol is not a contributing factor in this collision; however, it is believed that the weather and road conditions were a contributing factor.  The element of speed is also being investigated.  This case will require further investigation before determining if any charges will be filed.  The westbound lanes of Stone Mountain Highway were closed for approximately three hours during this investigation. 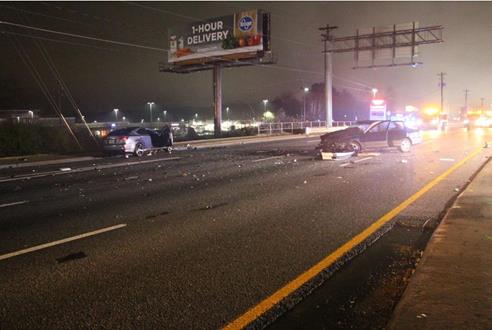