Former Teacher Arrested for Sexual Assault and Other Charges

(Snellville, Georgia)  On, Wednesday, April 20, a Sexual Assault police report was filed with the Gwinnett County Police Department.  An officer assigned to the South Precinct was dispatched to a residence in unincorporated Snellville.  When the officer arrived at the home, he met with a woman who claimed that her 17-year old son had been having a sexual relationship with his teacher at South Gwinnett High School where he was a student.

The mother learned of the relationship and visited the school on April 19 (the day prior) to inform them of the allegations.  The School Resource Officer and Department of Family and Children Services were contacted.  The teacher has since resigned from her teaching position.

According to the report, the relationship began sometime in March and has since ended.  The report stated that some of the sexual activity occurred at the school, at the teacher's residence, and at Lenora Park.

The case was assigned to a detective in the GCPD Special Victims Unit who immediately began investigating the case.  Because some of the sexual activity occurred outside the school campus, the Gwinnett County Police Department is handling the majority of the investigation.

While conducting the investigation, the detective learned that sexual activity occurred in both Gwinnett and another neighboring county.  The other law enforcement agency has been informed of the allegations.

He also discovered that the teacher hosted a party at her home in Grayson (unknown when).  During the party, the teacher allowed the 17-year old and two other female students to smoke marijuana under her direct supervision.  According to the detective, the teacher smoked marijuana as well.

After conducting several interviews and poring over related documents, the lead detective obtained 4 warrants against the teacher.  The teacher, Therese Gunn (age 53, Grayson), turned herself into the Gwinnett County Jail on Friday, May 6 at 6:22pm.  She was charged with one count of Sexual Assault and three counts of Contributing to the Delinquency of a Minor.  She bonded out of jail on Saturday, May 7 at 1:06am.

Because of Open Records Laws, the report and any related documents are not available for public dissemination.  (OCGA 49-5-40) 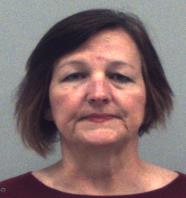