Update #1, 06/10/2019: During the course of the investigation, the lead detective assigned to this case identified Walter Tommy Williams III (age 20, Stone Mountain) as the suspect in this series of robberies.  Walter was taken into custody on Wednesday, June 6 and booked into the Gwinnett County Jail at around 11:15 PM.

Walter has been charged with the following crimes:

Original, 12/14/2018: (Snellville, Georgia)  The Gwinnett County Police Department Robbery Unit needs the public’s help in identifying a man who is targeting a community in unincorporated Snellville.

On three of these occasions, a black male dressed in dark clothing and armed with a handgun robbed food delivery drivers.  The suspect would call and make a food order.  He scheduled a delivery for homes on Wellington Hills Way, Wellington Hills Lane, and King Richard Court.  All these home are in the same neighborhood.  He would meet the delivery driver outside after they arrived.  Once the driver pulled up, he would pull out a gun and demand their cash, wallet, and cell phones.  One delivery driver was assaulted by the suspect when he didn’t have any cash to give him.

On Sunday, December 2, the suspect went to a home in the same neighborhood and knocked on the door.  When the victim answered, the suspect barged inside pushing the 73-year old woman and closing the door behind him.  He immediately began demanding money.  When she said that she didn’t have much money, the suspect demanded that the woman perform a sex act on him.  When she denied, he placed the gun to her head and asked if she wanted to die.  He ultimately performed the sexual act upon himself.

When he was finished, he rummaged through her purse and stole what little cash she had.  When the victim started crying, he gave her a tissue.  He also said that he would pay her back and tried to download an App on her phone.  He said his plan was to wire her some money at a later time.  The download was unsuccessful, and he eventually left the home.

There’s no doubt that this suspect is escalating his violence towards his victims.  It’s imperative that he is identified and captured as soon as possible so he doesn’t target anyone else.

The suspect is described as a black male with a light complexion.  He is about 5-08 to 6-00 and wears dark clothing.  In all four of these incidents, he is armed with a handgun.

The neighborhood where all these crimes occurred is off Bethany Church Road near Stone Mountain Highway (78). 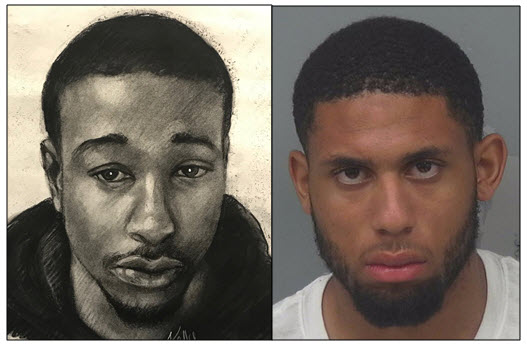