(Duluth, Georgia)  The Gwinnett County Police Department is searching for three Asian men involved in a shooting at the Encore nightclub on January 1st.  Police were called to the location (3865 Venture Drive) around 2:45 AM.

Witnesses told police that a verbal altercation in the parking lot involving several males turned physical.  After security separated the group, two of the males went to their vehicle and both retrieved guns.  One male obtained a handgun and the other male armed himself with a rifle.

The male with the rifle shot multiple times into the air and then toward the club causing damage to the building.  After shooting several rounds the men got into a black passenger car, possibly a Mercedes.  Surveillance from the business captured three of the males involved in this incident.

Detectives have been following up on this case since it happened and are releasing images of the three men in hopes that the public can identify them.

If anyone has any information to share in this case, please contact GCPD detectives at 770-513-5300.  To remain anonymous, tipsters should contact Crime Stoppers at 404-577-TIPS (8477) or visit www.stopcrimeATL.com.  Crime Stoppers tipsters can receive a cash reward for information leading to an arrest and indictment in this case.  Case Number:  20-000046 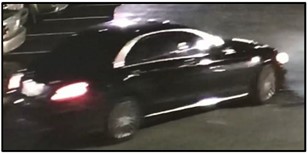