Update #1, 11/18/2019: In addition to being charged with Aggravated Assault, Akin Williams has also been charged with Kidnapping and False Imprisonment. The victim has been identified as Maria Mosher (age 59, Grayson).  She was Akin’s supervisor.  She is still being treated at a local hospital for her injuries.  The motive for the crime is still unknown.

Original, 11/17/2019: (Grayson, Georgia)  At approximately 6:00am this morning units assigned to the South Precinct responded to the Kroger located at 1911 Grayson Hwy, in unincorporated Grayson.  When officers arrived they located the 59 year old victim with stab/slice wounds to her neck, hands, and legs.  She was transported to a local hospital where she is currently undergoing surgery.  The name of the victim, who was an employee of the Kroger, is not being released at this time.

Officers were able to take the suspect, Akin Williams (21, of Snellville), into custody. He was also an employee of the Kroger.  He was transported to the Gwinnett County Jail where he was charged with Aggravated Assault and held without bail.  Additional charges may be forthcoming as detectives investigate the motive for this crime.

The report and photographs are not ready for release at this time.  Reference Case #19-106215. 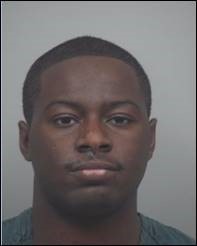