Update #1, 08/22/2019: Antonio Nix has been charged with one count of Armed Robbery.  He is still recovering from his injuries at Grady.

Original, 08/21/2019: (Peachtree Corners, Georgia)  Two armed robbery suspects were shot at as they tried to victimize residents in Peachtree Corners. At around 3:45 AM on Tuesday, August 20, officers assigned to the West Precinct were dispatched to a “person shot” call at 3177 Terrace Court.  The caller told the 911 Center that two males broke into his home and he shot at them.  He thought that one suspect was struck twice.  There was a trail of blood at the scene.

As officers arrived at the scene, they found one suspect near the entrance to the complex.  He was taken into custody.  The other suspect was seen fleeing the home in a white Dodge Challenger.

Local hospitals were notified of the incident and to be on the lookout for a gunshot victim.

Based on the preliminary investigation, two adults were inside the home hanging out when the two suspects burst in through their unlocked front door.  One of the suspects, Antonio Nix (age 19, Covington), was armed with a handgun.  Nix demanded items from the two victims.  Both victims were armed and began to struggle with the suspects.  At one point, one of the victims fired his weapon and struck Nix.  Both suspects fled the home.

While detectives were investigating the incident, they were notified that Antonio Nix was hospitalized at Grady Hospital in Atlanta with gunshot injuries.  Members of the Atlanta Police Department located the Dodge Challenger.  The vehicle had been previously reported stolen in the city of South Fulton on August 19.  (Please contact APD and SFPD for incidents in their jurisdiction.)

The Crime Scene Unit responded to the scene to process the evidence.  While inside the home, officers located drug related objects.  The lead detective assigned to the case is looking in to the possibility that this crime may be drug-related and that the suspects and victims may have known each other prior to the crime.

The 16-year old suspect was charged with Armed Robbery.  Antonio Nix is facing a criminal charge out of Atlanta PD.  Warrants for him in reference to the Terrace Court incident will be obtained in the near future. 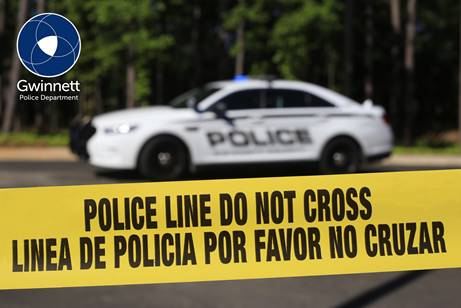