(Norcross, Ga., March 5, 2021)  - The Gwinnett County Police Department is investigating a homicide that occurred in the early morning hours on I-85 south near Jimmy Carter Blvd.  The police department received an emergency call just before 3:00 AM stating that a shooting had taken place on the interstate.  When officers arrived to the shooting scene, they located a stopped vehicle and one male victim.

The victim in this shooting was shot at least one time and died at a local hospital.  Detectives responded to the scene and began speaking with witnesses.  There is currently no description of the suspect vehicle.  Investigators believe that there may be witnesses to either the shooting or the events that leading up to the shooting.  Detectives are asking those people to come forward and contact the police department with any information that they have.

Information on the victim will be provided after he is identified and notification has been given to his family.  The motive for this shooting is still being investigated. 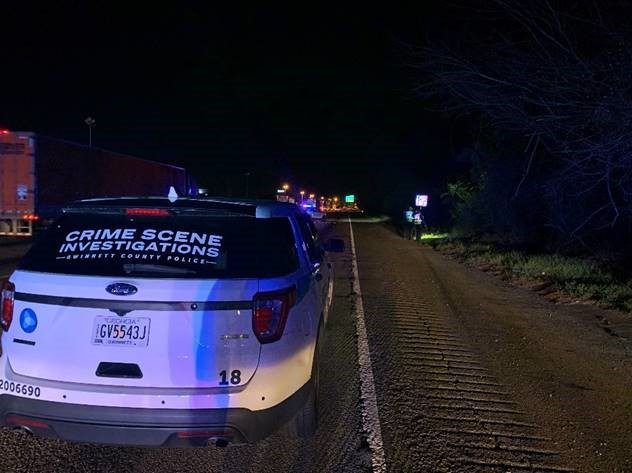