Gwinnett Police Locate Man Wanted For Murder Out Of Florida

(Lawrenceville, Georgia)  The Gwinnett County Police Department located a male wanted out of Florida for murder after officers followed up on a vehicle that fled from a traffic stop. Officer N. Blackburn #1686 pulled a vehicle over on March 12th, after he witnessed it traveling on Lawrenceville Suwanee Road with no working brake lights.  The vehicle initially stopped for Officer Blackburn, however, when the officer got out of his car, the vehicle drove off.  Officer Blackburn did not pursue the vehicle and it was not located again that day.

Officer Blackburn and other members of the Community Response Team from the East Precinct began investigating the vehicle.  That investigation led them to an apartment off Arbor Drive in Duluth.  When officers went to the apartment on March 20th and knocked on the front door, they met with a male named Travis Gray.

Gray was identified as the male that was driving the car that fled from Officer Blackburn.  While speaking with Gray, officers also discovered that he was wanted by the Hillsborough County Sheriff in Florida for a murder that took place in their jurisdiction.

The dedication of the officers to follow up on a traffic stop led to them to not only solving their case, but also locating a male wanted for murder. 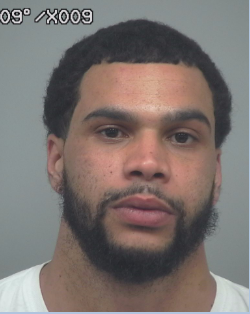