Update: The Gwinnett County Police Department has identified Marquel Williams (29 year old male) as a suspect in this murder.  Warrants have been obtained for Williams for Aggravated Assault and Felony Murder.  His whereabouts are currently unknown.  The police department is asking the general public to contact detectives if they have information on his location.  The motive for this murder appears to be domestic related.

At approximately 1120 a.m. officers assigned to the South Precinct responded to a person shot call.  When officers arrived they found one male deceased in the parking lot.  Witnesses on scene said an argument occurred between two males resulting in one male being shot.  Witnesses described a possible suspect as a black male with dreads or short dreads, about 5 foot 11 inches, 200 lbs, wearing plaid shorts and a green shirt or no shirt.  Responding officers set up a perimeter and K9 responded to search the area.  A suspect was not located during the search. 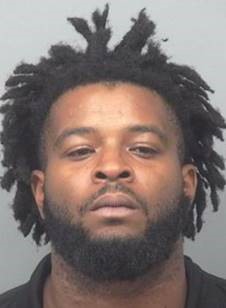