UPDATE #2: Damia Mitchell turned herself in to police on February 16th.  She is currently being held at the Gwinnett County Jail.

UPDATE: Gwinnett County Police Investigators have identified the victim in this case as Faith Burns (20 year old female from Loganville).  After speaking with witnesses and processing the scene, detectives have obtained warrants for Damia Mitchell (17 year old female from Snellville).  Those warrants are for Felony Murder, Aggravated Assault, and Possession of a Firearm by a Person
Under 18.  Investigators believe that Burns and Mitchell knew each other and had a domestic altercation prior to this shooting.  They also believe there were multiple people present during the shooting and detectives are urging anyone with information to come forward.  Mitchell is not in custody and police are actively seeking her location. 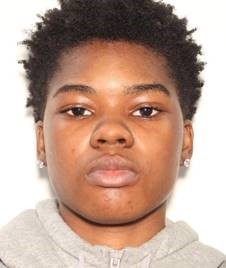 Shortly before 1:30pm, officers assigned to the Bay Creek Precinct were dispatched to a “person shot” call on Uniwattee Trail at the intersection of Mountain Ash Court in unincorporated Dacula.  When officers arrived, they located a woman in her early 20s suffering from at least one gunshot wound.  The victim was transported to a local hospital where she later died.

Investigators believe that the shooting took place in the roadway.  There are several shell casings along the opposite side of the road.

Investigators are following up on possible leads in this case.

It is unclear if the victim is a resident of the home where the shooting took place.