(Duluth, Ga., January 21, 2020) – Gwinnett County Police Detectives arrested a 19-year-old man after he scammed over $980,000 from Kroger.  Tre Brown was arrested by White Collar Detectives after he created false returns at the Kroger where he was employed on Steve Reynold Blvd between December and January.

Detectives believe that Brown was able to create over 40 returns for non-existent items and put them on several credit cards.  The returns ranged in price from $75 to over $87,000.  In total, he was able to steal over $980,000 during a two-week time period.  Corporate employees from Kroger noticed the fraudulent transactions and contacted the police department.

Investigators learned that Brown purchased clothes, guns, shoes, and two vehicles with the money.  Prior to being arrested, Brown totaled one of the vehicles.  A large sum of the money was returned after Brown was arrested.  Brown was charged with theft by taking. 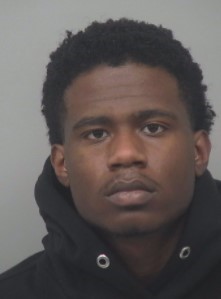