UPDATE - (Lawrenceville, Georgia)  The suspect, Eugenio German, turned himself in at the Gwinnett County Detention Center on September 7, 2019.  He remains in custody without bond.

On Sunday, September 1, shortly after 10 AM, officers were dispatched to a domestic dispute that took place at 1655 Centerview Drive in unincorporated Duluth.

After meeting with the victim, the officers and detective learned that Eugenio German (age 40, Lilburn) choked and raped his estranged wife at knifepoint.  When the victim was able to escape, he chased her out of the complex ramming her car with his.

Eugenio has active warrants for Aggravated Assault by Strangulation, Aggravated Assault with a Deadly Weapon, Rape, False Imprisonment, and Family Violence Battery.  He has been living at the home on Park Forest Drive in unincorporated Lilburn.

It is very important that Eugenio is located and arrested as quickly as possible.  There is a chance he may try to find the victim and commit more violence upon her if he is not apprehended.

Eugenio German is originally from the Dominican Republic.  He and his wife have been married for less than one year and were living in separate homes at the time of the crimes.

If anyone has any information to share in this case, please contact GCPD detectives at 770-513-5300.  To remain anonymous, tipsters should contact Crime Stoppers at 404-577-TIPS (8477) or visit www.stopcrimeATL.com.  Crime Stoppers tipsters can receive a cash reward for information leading to an arrest and indictment in this case.  Case Number:  19-080557 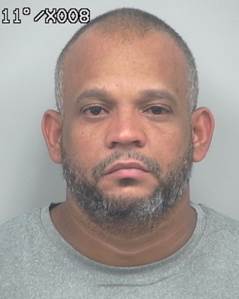