Update #1: The victim in this case has been identified as Shamecia Byrd (35 year old female from Lawrenceville).  Detectives are continuing to canvass the scene for witnesses and evidence.  The motive for this shooting is unknown at this time.

(Duluth, Georgia)  The Gwinnett County Police Department is actively investigating a homicide at an apartment complex on the 100 block of Club Lakes Pkwy.  Officers were called to the location just before midnight on June 15th.  When they arrived, they discovered that a female had been shot at least one time and was deceased at the scene.

Investigators believe the female was inside the apartment and that the suspect(s) shot her from somewhere outside.  There were four people in the apartment at the time of the shooting but there were no other injuries.

The crime scene unit and detectives are processing the scene and speaking with witnesses.  The victim is a female in her 30’s.  Her identity is being withheld at this time.

If anyone has any information to share in this case, please contact GCPD detectives at 770-513-5300.  To remain anonymous, tipsters should contact Crime Stoppers at 404-577-TIPS (8477) or visit www.stopcrimeATL.com.  Crime Stoppers tipsters can receive a cash reward for information leading to an arrest and indictment in this case.  Case Number:  20-044425 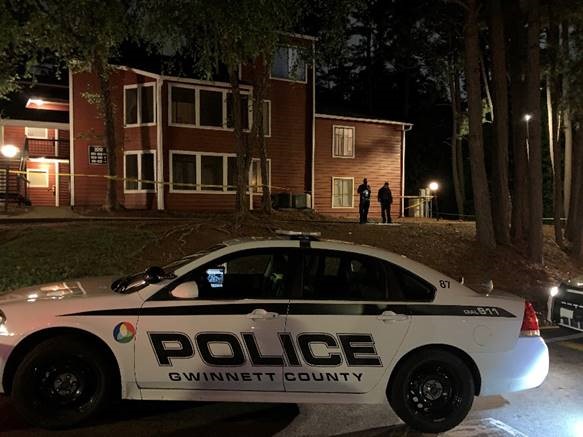