(Lawrenceville, Ga., December 29, 2020) – On December 28th, the Gwinnett County Police Department was able to rescue a kidnapped seven month old baby after the car she was sleeping in was stolen from a parking lot.  The police department received an emergency call just after 6:00PM from multiple people who reported that a car had just been stolen from 4141 Sugarloaf Parkway with the young child inside.

The father of the child went inside the store and left the car running with the child inside.  When he exited the store, he saw a Hispanic male sitting in the driver’s seat of his vehicle.  The father confronted the male, who put the vehicle in reverse and began driving recklessly out of the parking lot. On the way out of the parking lot, the vehicle stuck a sign, another vehicle, and jumped the curb.

As soon as the emergency call was received, officers from the Uniform Division along with multiple Gwinnett County Sheriff’s Deputies and the Aviation Unit saturated the area to look for the vehicle.  An off-duty officer who heard the call also responded to the area and found the vehicle abandoned in a parking lot less than a mile from the original incident location.  The seven month old child was still in her car seat unharmed.

Officers searched the area and located Joshua Rodriguez (29 year old male from Buford).  Officers were able to use video surveillance from the location of the kidnapping to identify Rodriguez and arrest him.  He was later charged with Aggravated Assault, Kidnapping, Theft of a Motor Vehicle, and two counts of Hit and Run. 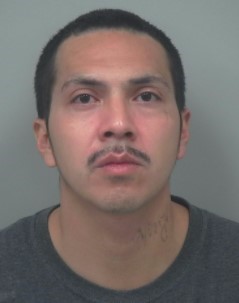