(Lawrenceville, Ga., December 21, 2020) – On December 18th, Gwinnett County Animal Control requested the police department to assist them after discovering a house that was covered in animal feces and had over 30 dogs inside.

Animal control originally responded to the house on Fountain Glen Drive in Lawrenceville in reference to several dogs that had escaped a house and were running around the neighborhood.  When the animal control officer arrived, he noticed that a room of the house was filled with feces and there was a young child inside.

Members of the Gwinnett County Police Department’s Special Victims Unit responded and discovered that one of the rooms of the home had walls and floors that were covered in feces. They also found multiple dead animals inside the home.  A search warrant was obtained for the house.  The execution of that warrant lead to animal control removing 30 live dogs, a cat, and two dead dogs from the home.  The owner of the home, Carlos Sepulveda, was arrested for multiple counts of Aggravated Cruelty to Animals, Cruelty to Animals, and maintaining a disorderly house.

The Special Victims Unit is continuing to investigate this incident.  There may be more arrests related to people living inside the house. 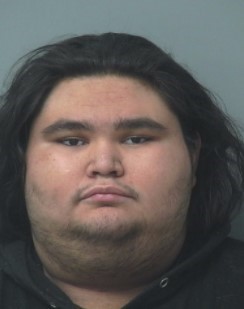